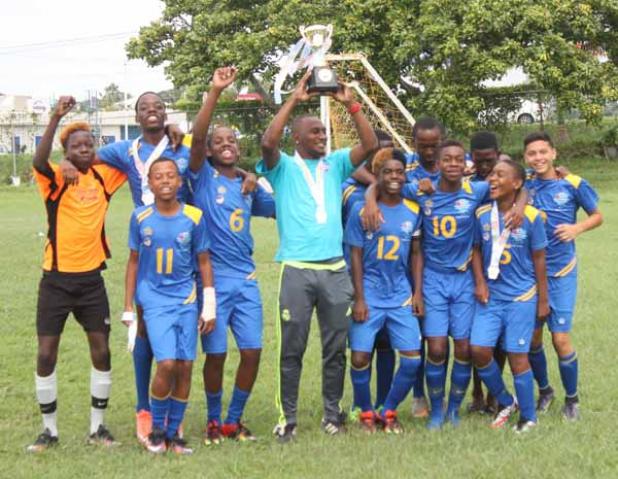 Pro Shottas (Barbados) U-16 Boys team has verbally committed to attend the 2022 D.C. Cup. Located in Bridgetown, Pro Shottas is one of the top youth football clubs in the country, boasting many of the youth national team players for the Barbados National Team and many of the senior level players came through the club.

An official invitation has already been sent to the club for those players who do not currently have U.S. visas to travel.  According to Head Coach Fabian Messiah, "We are looking forward to attending the D.C. Cup in 2022. We have travelled to various tournaments in the United States previously, but this will be our first time playing in the Nation's Capital."

In 2019, the U-19 St. Leonard's Boys School of Barbados who Messiah also coaches, visited Maryland for Friendly matches versus several clubs in the D.C. area. This was the first time that he had visited Maryland with a team and expressed how impressed he was with the competition. During their one week stay, St. Leonard's played Future Soccer Club, Doradus Soccer Club, two of the three D.C. Cup Founding members, in addition to Takoma Park Friends.

The team is still working out the details to travel as new U.S. Government COVID-19 policies for visitors travelling by air may affect travel plans a bit.

DC Cup to be featured on GotSoccer platform

Dallas Cup winners U-18 Future Soccer Club to feature at the D.C. Cup