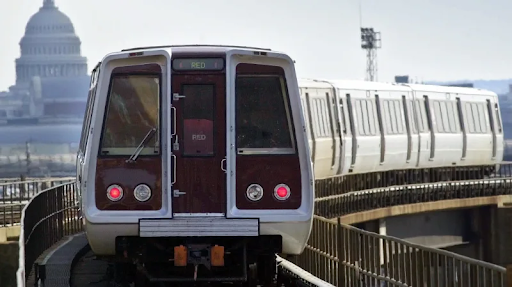 August 25, 2019 (Washington, DC) – It doesn’t happen to often when youth soccer players travel to soccer tournaments across the country since most tournaments are held in suburban areas, but at the DC Cup tournament participants will be able to ride the metro to and from games. The reason why? The location of the selected tournament hotels in the city are located near the NOMA/Gallaudet University metro stop and the proximity to the game fields located at RFK Fields are near Stadium Armory. “This will allow the tournament participants to not only get to their destinations without much disruption, but to also enjoy one of the staples of DC and that being its metro. DC ranks among the bottom of cities in terms of traffic in the nation, and often times it is more of a challenge to travel by car than by train. So we want to make the experience smooth sailing for our participants,” said Executive Director Justin Reid.

The goal of the DC Cup when the staff was still in its earlier stages of formation was to provide visitors with the ultimate DC experience, so incorporating the metro was a no brainer. Annually, specifically during the summer, the city has roughly 25 million visitors, the most of any city in the nation, making it a bit of a challenge to get from Maryland and Virginia, into DC. For local teams participating in the tournament who live in Maryland and Virginia, they too will have the opportunity to take the metro into the city to play their games, something that rarely ever happens for teams who are participating in the local leagues who play on the weekends.